By Alex Trenoweth My Spirit Books, 2013

“I just don’t understand it,” the parent begins, “Samantha is such a risk-taker, so interested in everything, while Kate is such a day-dreamer and seems to lack focus. I mean, they both have Saturn in Sagittarius.”

Such an exchange may be unlikely today, but in Growing Pains author Alex Trenoweth makes the case that it could be very helpful for parents and educators to understand the learning strategies of astrological generations and sub-generations. The book focuses on two planets that are considered to be societal rather than personal in nature, Saturn and Jupiter.

Saturn is the planet associated with structure, work, and limitations. It has a cycle through the zodiac of about 29.5 years, spending about two and a half years in each sign. Jupiter is the planet of growth and expansion. With a cycle of 12 years, it spends just about a year in each of the signs of the zodiac (compare these two planets with the sun, which spends a month in each sign during the course of the year). Taken together, Saturn and Jupiter describe the process of learning and acculturation, although they do so from very different perspectives. Saturn is more about learning the rules, while Jupiter encourages exploration. Both strategies are clearly important for the learning process.

Parents are likely to focus on the many individual differences among their children, or between their own children and others’. Educators are perhaps more likely to note that this year’s class is somehow different from last year’s class and, in fact, as a college professor I have not only noted this but have heard other professors making similar observations. Beyond the curious inconsistency, most teachers don’t know what to make of the differences between one class and another. Growing Pains provides an excellent framework for understanding the subtle but real differences between one year’s cohort and the next.

Growing Pains is written to educators, but it is a valuable tool for parents and other interested people as well. Because it focuses on two planets that are not considered personal in nature (after all, they remain in the same sign for a year or more), the book is not a comprehensive guide to personality via astrology. Yet learning strategies and becoming part of one’s culture are critical for children. A greater understanding of these processes could be helpful from preschool through adolescence and into college. Challenging the notion that there is a single best practice in education, Growing Pains adds an extra dimension to debates about how we educate children and what we expect as the outcome of the process. It is also very helpful for getting a sense of the social milieu in which children are living.

While the book can be read from start to finish, most people will probably want to dive into a relevant chapter and read about themselves, their children, or their current crop of students. Starting with some background on Saturn and Jupiter provided at the beginning of each of the two main sections of the book, it is easy for someone who has no previous astrological knowledge to read through Growing Pains in any order.

The use of astrology as a regular facet of education may be a way off, but there’s no reason that interested parents and educators can’t begin using it now, and Growing Pains is an excellent start. It is clearly written and easy to use, offering insight into the joyous but turbulent process of growing up.

Adolescents have a reputation for refusing to conform, and that may even extend to bad behavior. According to astrologer Alex Trenoweth in a research article published by the American Federation of Astrologers, adolescents... 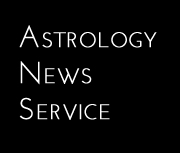