Home » Frontpage Slideshow » The Other Pluto: Getting to Know Walt Disney’s Cartoon Dog

The Other Pluto: Getting to Know Walt Disney’s Cartoon Dog 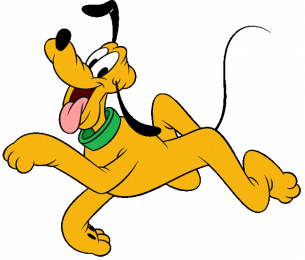 Astrologers look for meaningful correspondences, seeking to find correlations between celestial phenomena and happenings here on earth. While one branch of astrology, mundane astrology, is devoted to social and political trends, astrologers are not averse to looking into virtually any realm, even the world of cartoons. The short history of the planet Pluto shows some remarkable similarities to another Pluto, Walt Disney’s cartoon dog.

The naming of celestial bodies is not something that involves astrologers—that responsibility falls to astronomers. Whatever the astronomer’s proximal reason for naming a planet or asteroid, astrologers assume that there is some thread of meaning running through the process, and that the name will in some way reflect the character, energy, or vibration of the planet. How that works, and how astrology works, is a complex question beyond the scope of this article, but from an astrological perspective it all weaves together pretty well most of the time.

The planet Pluto was named for the Roman god of the underworld, the equivalent of the Greek Hades. In mythology, Pluto is associated with power and wealth (hence the term Plutocracy), and bringing up treasures from below. Astrologically, Pluto is associated with the emergence of unconscious contents, as in the psychoanalytic process that was so popular at the time of the planet’s discovery in 1930. Pluto is sometimes depicted as the puer eternis, the eternal youth, a reflection of the connection between death and rebirth.  Ergo, astrologically, Pluto is also associated with deep transformation. As the god of the underworld, Pluto has an appropriately heavy, dangerous sort of reputation in both mythology and astrology.

That Pluto is sometimes seen as a youth is interesting, as the planet was given its name by an eleven year-old girl (her grandfather transmitted the idea to astronomers at the Lowell Observatory, where the planet was discovered). It is perhaps somewhat curious that a young girl should have the Roman god of the underworld on her mind, although young girls do have a place in Plutonian mythology, as the abduction of Propserine by the god and her subsequent rescue by her mother, Ceres, is one of the key myths about Pluto. Astrologers might note that there is a kind of reversal of empowerment in the youth giving the god’s name to the planet. In any event, it is not as strange as Disney’s decision to name his cartoon dog after the planet, and hence the god.

Walt Disney’s own explanation for the naming of the cartoon dog is almost impossibly naïve. He once said: “There was a malaise of humanity sweeping across the country. I decided to take Nate’s advice and do something fun and creative. The planet Pluto had recently been discovered and I felt it was appropriate to name the pup in its honor.” Was no one in Disney’s studio remotely familiar with mythology?

Dogs certainly do have a place in the underworld, but not as the god himself. In Greek and Roman mythology it was Cerberus, the three-headed hellhound, who keeps the dead in the underworld. It is to this fierce guardian figure that Disney’s cartoon canine might more appropriately refer. Cerberus has made it into popular culture many times, as in blues singer Robert Johnson’s song, Hellhound On My Trail.

It is not uncommon for cartoon animals to be anthropomorphized. Something of our human nature is projected onto the animal kingdom in order to make it more palatable to play with images of our human qualities: Bugs Bunny is a slick-talking rabbit, and Daffy Duck is a manic waterfowl. Disney’s other cartoon dog, Goofy, is a slightly slow-witted slapstick character.

Interestingly, the cartoon Pluto is not anthropomorphized—he remains a dog. He does not talk, dress in human clothing, or otherwise become a person. Perhaps the guardian of the underworld is too powerful a figure to play with, or maybe we are not ready to hear him speak.

In the cartoons, Pluto is Mickey Mouse’s pet dog. Now, a mouse might seem like an unlikely cartoon protagonist, although Jerry also fares pretty well in the Tom and Jerry cartoons. Our associations with rodents are usually negative. Consider the old taunt, “are you a man or a mouse?” In fact, while the rat is often considered to be treacherous and of dubious moral character, the mouse is a rodent that is frequently associated with meekness—hardly what we would expect for Cerberus’ master.

If we dig a bit deeper into the history of Mickey and Pluto, we find a surprising revelation: in the first cartoon in which Pluto appeared, The Chain Gang (1930), he is not Mickey’s pet dog at all, but is in a role closer to that of Cerberus. He is a bloodhound guarding Mickey, and pursues him when the mouse joins a prison break. In the early cartoons, Mickey is not the good-natured foil that he later became, and in fact he is something of a prankster. After all, some unknown offence landed him on a chain gang. This isn’t the mouse we know from his silent handshakes at the Magic Kingdom!

Several reversals have apparently taken place. The meek mouse is the master of the hellhound, who is himself named for the lord of the underworld. The awe-inspiring power of this fearsome god is transferred to a happy cartoon household. It seems that Pluto, known for uncovering difficult truths and bringing them up from the depths, is being hidden in these reversals. We may find it significant that Disney Studios has always been known for its rather clean-cut (some might say sanitized), image. While Warner Brothers characters (Bugs Bunny, Daffy Duck, Road Runner) were often socially and politically edgy, and Max and Dave Fleischer’s (Popeye, Betty Boop) could be risqué, Disney produced fare for the American family as wholesome as a moving Norman Rockwell painting.

A very different cartoon character from the underworld is Popeye’s nemesis Bluto (an obvious cognate of Pluto). Bluto more overtly represents dark rage, and he shows signs of being self-aware, hence he is represented as a human. It is interesting that he is also sometimes named Brutus in the cartoons, suggesting unreasoning stupidity (brute). Thus, Popeye’s struggle with Bluto is more overt and far more healing than Mickey’s passive adventures with Pluto. Popeye is not a mouse, and so he offers us a more optimistic image, that of the hero who declares, “I am what I am.”

While Bluto confronted us with our Plutonian side, Disney’s dog led us into a maze of denial and role-reversals, demonstrating that the symbolic energy of Pluto has always been liable to repression and suppression. It is almost as though Disney was intent on telling the world that there was nothing to worry about now that Pluto had made his appearance in the sky. Yet the earliest cartoons featuring ‘the pup’ belie the image Disney eventually projected. If we dig for the truth—a Plutonian process—we find that even Disney let a little more of the story out than they later recognized.

In 2006, astronomers demoted Pluto to a dwarf planet. Although astrologers have had mixed reactions to this change in status, one popular interpretation has been that the demotion represents an attempt by the collective psyche to repress the energies of Pluto (rather than deal with them constructively), as though seventy-six years of Plutonian awareness was enough. Yet as with the cartoon Pluto—the other Pluto—we can find the truth if we are willing to dig.

Armand M. Diaz, PhD, is a consciousness researcher and professional counseling astrologer with a doctorate from the California Institute of Integral Studies. He is articles editor and writes book reviews for ANS and is the author of Integral Astrology: Understanding the Ancient Discipline in the Contemporary World and other books. More information can be found on his website, www.integralastrology.net.

Some thoughts on determinism, human agency, and the plurality of astrological interpretations Astrologers often face the criticism that our work is imprecise and not scientifically valid or verifiable.  Skeptics...

Book Review: Astrology and the Archetypal Power of Numbers

If fewer people are reading books these days, you’d never know it from the size of astrology books. Joe Landwehr’s recent contribution to the astrological canon clocks in at nearly 600 pages, and like any book of such...

Who Really Needs an Astrologer?

Have you ever asked yourself: What am I here for? What am I supposed to be in this life? If you have, you have begun to live in a new way. You have begun to tap, even if only slightly, the power of your true self. You are on your...