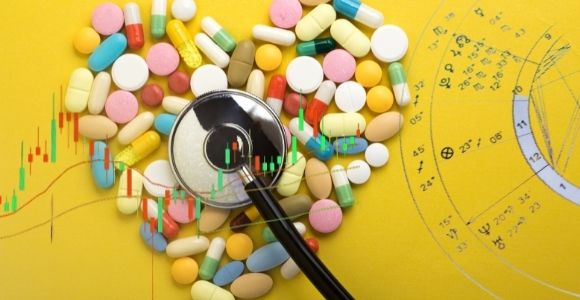 Breath another sigh of relief if you line up with 54 percent of registered voters in the U.S. who either strongly or somewhat approve of the Affordable Care Act (ACA), the healthcare law more widely known as Obamacare.

You’ll not be wearing a smiley face if you’re among the 37 percent of voters responding to a recent Morning Consult/Politico poll who oppose it.

“Once again, the Supreme Court has officially decided to give a stay of execution to Obamacare. For the third time since the law was enacted on March 23, 2010, the Court has resisted conservative attempts to undo the law,” said financial astrologer Grace K. Morris, MA.

According to the Department of Health and Human Services, roughly 31 million Americans obtain health coverage through the ACA program.

In a stunning 7-2 decision, the Supreme Court ruled that the attorneys general of Republican states who challenged the law could not show a past or future injury connected to the parts of the law they wanted to be deemed unconstitutional. In other words, the latest complaint was scrubbed on a legal technicality.

Given current political shenanigans it’s possible, but unlikely, that further attempts to scuttle the program will unspool anytime soon, she noted.

Morris is author of How to Choose Stocks to Outperform the Market. She is Editor and Publisher of the Astro Economics Stock Market News Letter, and Business Editor for the Astrology News Service (ANS).

The law’s resiliency is not surprising, she suggests.

Morris says astrology is the study of cycles and repeating patterns. For astrologers, how specific astrological aspects aligned in the past can provide important clues regarding how related events will be impacted as part of a repeating pattern.

When the Affordable Care Act was enacted into law in March 2010, the planets Uranus and Pluto were aligned in the stressful 90-degree aspect astrologers call a square. And a similar pattern prevailed when the Social Security Act was being contentiously debated before being enacted into law in August 1935.

The two planets were stressfully conjoined (occupying the same degree) in the astrological sign of Virgo when, in 1965, Medicare became law while consternation reigned in the body politic.

Neither of the planets is a proponent of the status quo, so their consequential participation in game-changing social legislation is not surprising. What is surprising is the ferocity with which the planetary duo seemingly has been able to fend off efforts to reverse legislative changes made whilst planet Earth was under the influence of their stressfully aligned energies.

Since the 2016 Presidential election, three court cases have made it all the way to the U.S. Supreme Court. And, in Congress, political opponents of the legislation have made 60 hotly contested attempts to repeal and replace Obamacare.

There were some close calls. In 2017, the House passed a bill to repeal the legislation, but Senate Majority leader Mitch McConnel was unable to get every member of his caucus on board. In this particular stand-off, legislation intended to make medical insurance more affordable for all Americans, including those with pre-existing conditions, was one dramatic thumbs-down away from being repealed in the Senate.

At the time, the Republicans held a slim 51-49 seat advantage in the Senate. But Senators Susan Collins (R-ME) and Lisa Murkowski (R-AK) defected, setting up a dramatic moment on the Senate floor. With the world looking on, the late Arizona Senator John McCain, the last vote counted, made his dramatic thumbs-down gesture on the Senate floor to temporarily halt threatened repeal of the increasingly popular legislation.

Based on the Uranus/Pluto cycle, Morris repeatedly predicted in her newsletter that the Obamacare legislation would survive its detractors. As the Borg told Captain Kirk in a famous Star Trek episode, resistance (to the legislation) “is futile,” she reported.

Edward Snow is Managing Editor of the Astrology News Service (ANS). He is a former news reporter, publicist and public relations executive who has studied astrology for many years.