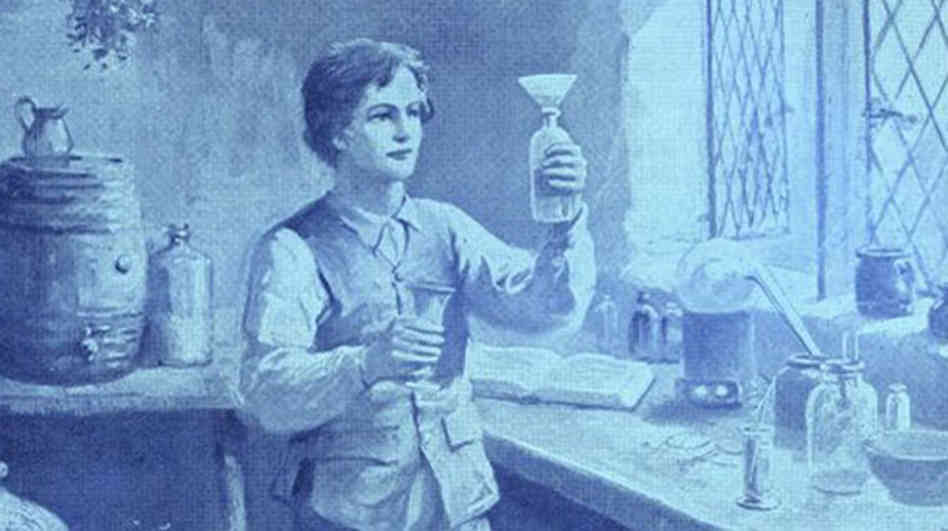 It is not a part of the educational systems. It is no longer a component of medicine. It is unrecognized by government. And it is despised by religion. This reality has historical causes that are still being investigated by historians of science, but the present status of the subject is not arguable. Astrology is marginalized at best, and under attack at worst. Given this situation, the people who study and practice astrology deserve a lot of credit for being able to survive in what is really a hostile cultural exile.

The larger problem, as I see it, is that astrology has not yet joined the scientific revolution. The difficulties here lie more in the definition of the subject itself and the language in which it expresses itself. These problems both have origins in the 17th and 18th centuries when other subjects, i.e. astronomy, physics, chemistry, biology, and geology adopted democratic methodologies to test the veracity of their subject material.

The scientific method is a democratic, knowledge-generating process in which nature is studied closely and experiments are conducted in order to discover the rules by which it works. The method was actually applied to astrology in a few instances but these studies were weak because measuring the effects of astrology in units was more or less impossible in the 17th century.
The science of those times was completely reductionist and required units of something to do a proper analysis. Units of temperature, pressure, velocity, distance, etc. are easily applied to most natural phenomena and astronomy, physics and chemistry were well-endowed in that regard. Geology and biology presented more difficult problems but eventually became solid bodies of knowledge through close observation and testable theories. And, very significantly, all of these subjects eventually shed any theological explanations for their interpretations. Without a solid database reducible to units and explanations that were unprovable, astrology fell by the wayside.

A subject can be both a science and an applied art or practice. The lack of a clear definition of astrology as a subject is primarily due to the overwhelming dominance of astrological practice. This is like the field of psychology putting all its focus on just psychotherapy and ignoring research, scientific studies, theory, and its own history. There are close overlaps between applied psychology and applied astrology and it could be argued that natal astrology was the earliest system of psychology. It is true to anyone that bothers to investigate the matter that astrology as a consulting or counseling profession can offer people as much, and in many cases a lot more, than licensed psychotherapists. If psychotherapists really knew what astrology can do, and it wasn’t a taboo subject for them, probably many would learn something about it. And then realize that the subject matter it is a lot more sophisticated, and difficult, than they ever imagined. But not to digress, the point here is that practice is just one facet of the subject of astrology, the study of connections between the larger cosmic environment and the Earth. And practice should be based on scientific research.

Probably the single most important overall problem for astrology is that of a mechanism, that is how does it work? Not everything is explained by a simple mechanism. But in subjects similar to astrology, such as psychology and economics, there is an effort made to distinguish clearly between what is known and what is not known. Hypotheses are proposed and then they are tested; ideologies and beliefs based on opinions or assumptions are not considered explanations. This is the critical-thinking approach that astrology will need to take in order to more fully rehabilitate itself because the very nature of the astrological effect is complex, not easily reduced to units and therefore not applicable to conventional scientific inquiry except in regard to some correlation studies. Unfortunately, anecdotal evidence, which is abundant in astrology, does not carry much weight in the scientific world.

The astrological effect is a phenomenon that probably requires a multidisciplinary approach using system science, the general term for cybernetics, complexity and chaos theories, to unravel its workings. In a sense, astrology has been waiting for scientific methodologies to evolve to a point where they can be applied to the subject. This is also true for other fields, such as meteorology (long-range weather forecasting), biology (what exactly is life), and geoscience (how the Earth remains chemically stable).

Progress is Being Made

Despite the difficulties inherent in these big topics, scientists are methodically chipping away at the problems, in many cases using system science. And they are slowly establishing reliable foundations. Most importantly, these subjects use the common language of science and don’t defer to unprovable metaphysical notions. They are therefore recognized as legitimate subjects by the global cultural institutions of our time. In part because of its intrinsic nature, and in part due to the lack of scientifically-educated students and practitioners, astrology currently uses a highly specialized language and entertains unprovable metaphysical notions that are often taken as truth and not stated simply as hypotheses. This needs to change.

This prescription for the field of astrology (getting with the scientific program and speaking in a language the other fields can understand) is one the astrological community will find controversial- and expensive. Because of its marginalization, astrology gets close to zero funding. In fact, I’d bet that the total amount of funding received by a typical university science laboratory for a month is greater than the total amount of funding put in the hands of research astrologers during the entire 20th century. This is the circular dead end here: no funding equals no progress and no respectability, which in turn equals an inability to attract the brightest minds and funding for worthwhile projects. However, despite these difficulties, astrologers have steadily made progress in rehabilitating their subject and deepening their understanding of it. Astrology has essentially been reinterpreted for modern times without losing its core principles.

So what is to be done regarding the disconnect between astrology and the rest of the world?

Actually, quite a lot has already been done and credit must be given to those who have studied astrology scientifically, excavated its ancient history, and explored its theoretical dimensions – mostly for no pay. In recent years some well-educated astrologers (who we should note had to get advanced degrees in subjects other than astrology) have been interacting with professionals in other fields, mostly history and psychology. There are a few astrology journals today that publish papers on the subject, some of a high caliber and comparable with publications in history and psychology journals. Also, some of the larger astrological organizations and some private schools have created education programs and offer certification. However, most education programs are primarily concerned with how to read a horoscope. And none of the certification programs are particularly difficult by the professional standards of other disciplines that require first a four-year degree and then some serious graduate work. But at least some boundaries are being established and this is a step towards modernization of the field.

To build on this the astrological community would benefit by raising its standards in much the same way the other subjects did centuries ago. This adjustment would include distinctions between professionals and amateurs, unified education and certification standards, and recognition that the scientific method is the best method for democratically generating knowledge. If this were to happen, astrology would be looked at very differently by the rest of the world and may actually begin to once again participate in and contribute to the ongoing evolution of our culture.

Bruce Scofield, Ph.D., is an author and practitioner of astrology and a speaker at conferences. He is a strong advocate for astrological education and certification and has been involved with the National Council for Geocosmic Research’s educational program for more than 40 years. He has taught for Kepler College and has taught geoscience and evolution at the University of Massachusetts.